Questions to the author of The Commission, Philip Shenon:

Question: What does this book reveal about the 9/11 commission that the public didn’t know?

Answer: Many, many things. I suspect some readers will be most alarmed by the book’s disclosures about the relationship between Philip Zelikow, the commission’s executive director, and officials in the Bush White House — especially Zelikow’s secret communications with Karl Rove, President Bush’s political guru, and with Condoleezza Rice. I think many people in Washington are, to this day, unaware of Zelikow’s involvement on President Bush’s 2001 transition team and of his role as the principal author of the 2002 White House strategy memo that was used a year later to justify the invasion of Iraq. Other readers will be most alarmed about the book’s disclosures about what evidence was missed by the commission, especially the commission’s failure to conduct an exhaustive search of the terrorism archives of the National Security Agency, the government’s super-secret eavesdropping agency. Others will be alarmed by the commission’s failure to support the findings its investigators about Saudi government connections to the 9/11 hijackers and about the need to overhaul the clearly dysfunctional FBI.

Question: You covered the commission for nearly two years. Why wasn’t this information disclosed earlier?

Question: Did the 9/11 commission fail to uncover the truth about 9/11?

Answer: In many ways, the 9/11 commission’s final report is still the definitive account of the events of Sept. 11, 2001. It revealed important information about the 9/11 plot and debunked a range of conspiracy theories. Much of it is beautifully written. It is that rare thing: a government report that succeeds as literature. But I don’t think anyone, including the commissioners and key members of the staff, believe that it got to all of the full truth about the attacks.  It clearly missed evidence and ignored clues.

Question: What questions about 9/11 and about the commission are still unanswered?

Answers: Many. At the top of my list of unanswered questions:  What else is in the NSA archives on terrorism that went unseen by the commission?  What else is in government’s files about the network of Saudis and other Arab expatriates in southern California who stepped forward to help two 9/11 hijackers during the year they lived in San Diego? What exactly did Philip Zelikow discuss with Karl Rove during his telephone conversations with him in 2003? Why did Zelikow ask his secretary to stop listing his phone calls with the White House in the commission’s telephone logs?

Question: Do you think the CIA intentionally withheld evidence from the 9/11 commission?

Answer: Clearly the CIA did withhold videotapes of the interrogation of Al Qaeda terrorists, as was disclosed by The New York Times in December 2007, just as my book was sent to the printers. But as of January 2008, it is not clear to me that the commission made an explicit demand for videotapes. The commission backed away from its initial demand for face-to-face interviews with the Al Qaeda detainees and agreed to a process in which the commission submitted written questions to the detainees that would be asked of them by CIA interrogators, with the answers returned to the commission in writing. Several members of the commission’s staff said they were otherwise impressed by the willingness of the CIA to open its archives to the commission. The Justice Department has just announced a criminal investigation of the CIA’s destruction of the interrogation tapes, so a grand jury may have some answers to these questions within several months.

Question: Did George Tenet lie to the commission?

Answer: Clearly, many on the commission’s staff – and many of the commissioners – believed that Tenet was either being untruthful or had an extraordinarily faulty memory.  Tenet was under oath in all of his private and public questioning by the commission. Many of Tenet’s supporters at the CIA are furious about the allegation. They say that they believed Tenet told the full truth, as best he could remember it given the whirlwind of his responsibilities. In fairness to Tenet, it has to be remembered that he was being questioned by the 9/11 commission in the early days of the Iraq war, a time when Tenet was under as much pressure as any man in Washington.

Question: How did you research this book?

Answer: I had a head start, since I covered the commission for The New York Times from the day it opened for business in January 2003 until the day it closed down in August 2004. During the course of the investigation, I spoke almost daily with some of the 10 commissioners. The panel’s chairman, former New Jersey government Tom Kean, and the vice chairman, former Congressman Lee Hamilton, were almost instantly available to me by telephone in 2003 and 2004. I had some sources on the commission’s staff, but it was only after the commission shut down after releasing its final report that many staffers agreed to talk to me. It was those interviews that produced the major “scoops” of this book.

Question: Where should other reporters, researchers and students start if they want to study the 9/11 commission in the future?

Answer: There is some essential reading, beginning with the commission’s report itself. It is available in almost any bookseller and, electronically, for free, at the commission’s own website, which is being maintained for now by the National Archives: www.9-11commission.gov.  Kean and Hamilton wrote their own account of the investigation in Without Precedent, published in 2006 by Knopf. I found it invaluable in piecing together the chronology of the commission’s work. Also essential was a case study prepared for the Kennedy School of Governor at Harvard University by Kirsten Lundberg  (“Piloting a Bipartisan Ship,” in 2005). It can be purchased and downloaded through the Kennedy school’s website for a nominal fee. Lundberg was granted interviews with all of the principal players on the commission, and she clearly gained their confidence.  A couple of key anecdotes in my book are drawn from her reporting work, and I am pleased to give her credit.

Phil Shenon welcomes other questions, which he will answer on his blog. To contact Phil, please use this form. 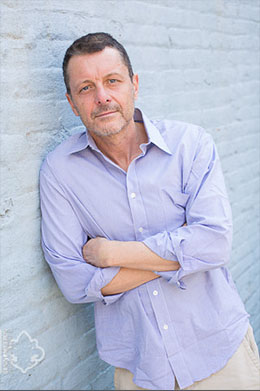